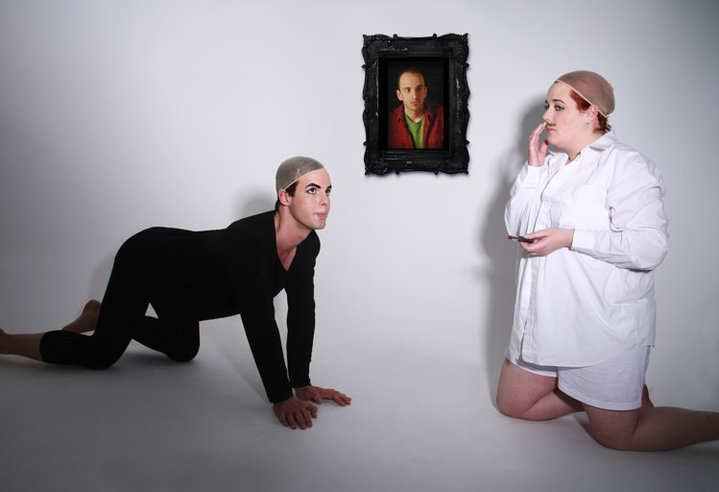 We met on the same film course back in 2005. Laura had orange hair, Jaacq wore hats and Polis was aloof. We all had one ambition: to get Jaacq to recognise the difference between a pasty and a pie.

The Off-Off-Off-Broadway Company first hit the Buxton Fringe in 2009 and have had a string of successful shows across the UK since. Peaceful has seen several sold-out performances, while Back Door picked up two awards in the summer of 2014.

Our desire is to tell unusual stories,  with lashings of social and political commentary. Style, method and genre vary depending on the essential idea, so each of our projects has its own identity. Even if certain themes cross over, we don't like to give audiences the same experience again and again.

Following the untimely loss of our dear friend John Beecher, all our proceeds are now split between funding our shows and tours, and donating to  charities. Corny as it might sound, we truly do this for the love of it.

"[Their] work manages to challenge gender and social norms while still being fun and oh-so-stylishly presented."

"This is a company that dares to be ambitious, to challenge the expectations of what can be achieved in a fringe show."

At the tender age of 19, Laura arranged for crime novelist P. D. James to be sectioned so that she could take over as president of the Jane Austen Society. Also at 19, she joined The Off - Off - Off - Broadway Company for The Sexes, which toured for 2 years.

At the tender age of 19, Jaacq became the first male ever to win the Diane Arbus Photography Prize for Lonely Women. Since then, he has danced for Jennifer Lopez, Jennifer Rush and Jennifer Aniston, both professionally and privately.

He likes soup, walks in Richmond Park, and complaining to shop managers about their employees' inappropriate footwear.

Eleanor models herself on Elizabeth I, Emmeline Pankhurst and Meg Ryan circa 1996. She is a morning person, and will happily climb a mountain while singing Julie Andrews classics before breakfast. Her designs make people go 'oooh'. 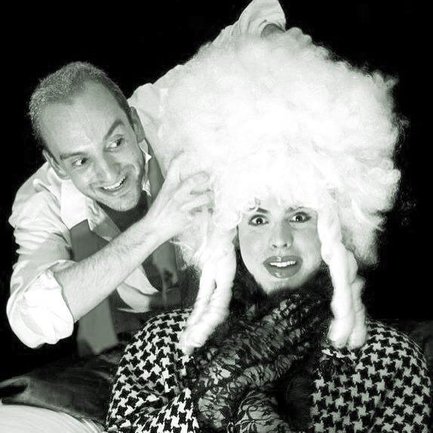